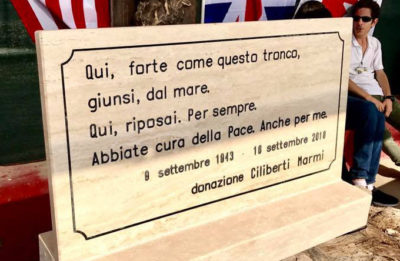 on september 16th we have celebrated the anniversary of the Allied landing in Salerno in 1943.  This year the ceremony has been enriched by the presence of a delegation from the Collège Diderot of Tourlaville in Normandy. Our association is collaborating with the Gatto Institute to a projectwithin the Erasmus Program. The project aimed to create an ideal twinning between the Italian and French schools of territories with similar histories behind them, those linked to the common destiny of “target” places. The score received highlights the quality of the proposal based among other things on the A Memoria! and allowed the French boys to be present in September. Next year students of the Gatto Institute will enjoy the great opportunity to live the experience of celebrations for the famous landing in Normandy. 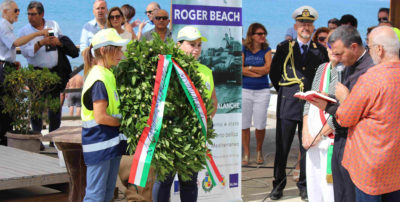 PreviousPrevious post: Plan 2018
NextNext post:Avalancheday.org an on line memorial of the battle of Salerno