Gallery of persons crossing the history of this city. 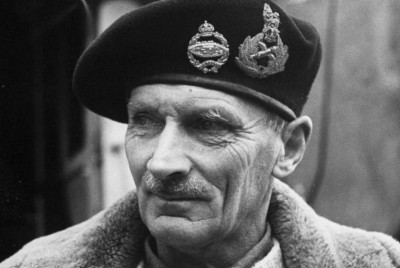 Bernard Montgomery was in charge in the command of the British forces in 1943 for the operation “Avalanche”, the landing in the Salerno coast to have men and equipment close to Naples. From Maiori to Paestum the allies have taken in place the largest operation in the Mediterranean. The British Army landed on the beaches of Battipaglia in the locality Spineta to take, among the the other objectives, the strategic Battipaglia railway station.

9 april 1969, during the general strike promoted to save jobs of many employes the policemen fired. Carmine, 19 years old, died for bullet at the head in the main street, while in the afternoon Teresa, young teacher, died in her home, at the window of third floor.

Battipaglia people exploded with violence, any policeman has been kicked out. In any city of Italy citizen have taken in places big demonstrations of solidarity.

Lewis was a famous writer, author of “Naples 44″. Graham Green describes Lewis as one of the most important personality of XX.

Norman Lewis was in charge in the 312a Field Security Section, temporary with the V American Army. Landed on 9 september visited Battipaglia describing its distruption.